In this article we look at Tencel Fabrics.

We analyse both the material and the characteristics of Tencel. You can click on the blue font below to jump to the place you are interested in!

What is Tencel Fabrics?

We hear about Tencel fabrics in all seasons and all places. We need to know that Tencel is generally used in 40, 60, and 80 count fabrics in summer. It is not brushed at the end of the season and is used in four-piece suits and summer quilts. The Tencel used in autumn and winter is generally 32 counts, and the fabric is later brushed, which is a kind of fabric corresponding to cotton touched. The market demand for Tencel is not as high as for cotton brushes. People like this fabric like it a lot, and people who hate it hate it a lot, and the evaluation is rather bifurcated.

First of all we need to determine what is Tencel?

The first primary type of fiber is the pure natural fiber that we humans first obtained from nature, cotton, linen, wool, and silk, plant, and animal fibers.

The second primary type of fiber is the chemical fibers that emerged with modern chemical science and technology, such as polyester, acrylic, nylon, spandex, etc. These are fibers obtained by artificially cracking and polymerizing substances extracted from petroleum, referred to as chemical fibers.

The third primary type of fiber, such as Tencel, is a type of fiber that falls between the two categories above. It is a fiber made from natural cellulosic materials and synthesized by artificial means. The raw material is genuine, the technology is fake, and no other chemicals are mixed in between, so it can be called a natural, manufactured recycled fiber. Because the raw material is born, it is biodegradable and renewable, just like the first major types of fibers. At the same time, it has certain advantages that the first and second significant types of fibers do not have, so it has gained an important place in the fiber family. Other fibers similar to TENCEL include modal, bamboo, and viscose fibers.

"Tencel" is the transliteration of the English word "Tencel," a registered trademark. Still, the actual academic term for this material is "lyocell" (also written as The exact academic term for this material is "lyocell" (also written as "Liesel"), which translates as "Liesel" in Chinese. The name "Tencel" is a trademark registered for this fiber by the British company Acocdis, which first produced it. In May 2004, the Austrian company Lenzing acquired Acocdis and its Tencel business, so Lenzing and Tencel's names are generally used together as "Lenzing Tencel." As Lenzing is the leading manufacturer of Tencel fabrics, the name "Lenzing Tencel" typically represents the benchmark for quality. Strictly speaking, Lyser fibers produced by other companies cannot be called TENCEL, but it is customary to mix them up. This is similar to the Coca-Cola trademark, which Coca-Cola initially owned. Still, in practice, similar products made by other beverage companies are also known by the name "Coke."

What is Tencel made of?

The answer is coniferous wood.

Coniferous wood pulp is dissolved in a spinning solution, and the fibers are formed by wet spinning or dry-wet spinning, then the virgin fibers are stretched, washed, oiled, and dried to produce cellulose fibers. Modal, similar to Tencel, is made from beechwood or shrubs and has a slightly different process to Tencel, with other characteristics.

What are the properties of Tencel?

Because it is taken from natural cellulose, green and biodegradable, moisture absorption and breathability than other chemical fibers, natural fibers are more excellent, cool to the touch, better thermal conductivity than other fibers, and silk is almost. So cool summer quilt, four-piece set often choose Tencel; material silky smooth, fabric drape is very good, suitable for consumers who like soft. It can be blended with cotton, linen, wool and silk, forming fabric with the characteristics of the various fibers that make up the fabric at the same time. In summer, it is common to see Tencel + cotton + linen fabrics, with the smoothness of Tencel, a little bit of linen texture, and the softness of cotton, forming a unique body.

Because of its excellent and smooth nature, Tencel plays a significant role in summer cooling products. It is common to see 40, 60, and 80 counts of Tencel summer quilts or Tencel four-piece suites. However, some people may ask why Tencel fabrics are also available in winter. The yarn count of Tencel fabrics in winter is generally a coarser 32 or 21 counts, and the fabrics are later brushed, so there is a big difference between Tencel products in winter and Tencel products in summer terms of yarn count and process. Tencel is the same as cotton brushed, but the difference is in the material. Because Tencel is excellent, it is soft and warm (the principle of softness and warmth is the same as cotton brushed) but not overly hot, making it suitable for southern winters or areas with heating.

The same as cotton brushed, Tencel brushed will also shed because the nature of brushing is to destroy the excellent structure of the yarn, leaving the fibers broken and protruding, missing the holding and twisting force. On their own, the fibers are not strong enough to resist external forces, but the dry and wet strength of Tencel fibers is greater than that of cotton fibers. So overall, Tencel brushed fabrics shed slightly less lint than brushed cotton fabrics of the same yarn count.

Features have benefits and drawbacks. Tencel has a silky smoothness and drapes well, and for some people who like it, this is very much recognized. However, for some consumers who prefer cotton products and only remember the characteristics of cotton products, they particularly hate the smoothness of Tencel and even equate Tencel with chemical fibers, so recognition and reputation are polarised. As always, what suits is best, and consumers find the right product according to their preferences. 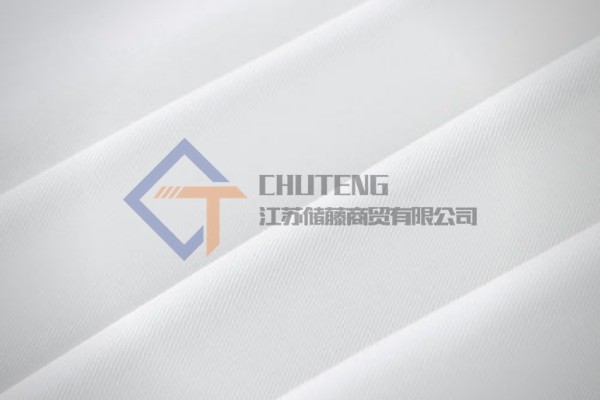 Chu-Teng is a professional manufacturer and supplier of Tencel fabrics.