This article is about denim fabrics for autumn and winter, you can click on the blue font below to jump directly to the section of interest, so let's get started!

With the development and application of new technology equipment such as ring spinning, high speed, large rolls, fine winding, and knotless yarn, we have solved the short spinning length of coarse wool, low production efficiency, many knots, and other shortcomings. The situation of airflow yarns replacing denim yarns is rapidly changing, and ring yarns are making a comeback.

Because ring yarn denim is better than airflow yarn, some properties, such as hand feel, durability, tear strength, etc., but also due to the psychological return to nature, the pursuit of the original development of the impact of the denim style, more importantly, the reason is that ring yarn denim after grinding and washing process, the surface will show a hazy bamboo knot style, is in line with today's demand for personalized denim. In addition, the current market is trendy bamboo yarn denim, and ring spindle bamboo can be spun out of a shorter and denser bamboo, but also to promote the development of the momentum of the ring spindle denim.

When the design with different yarn number different bamboo knot thickness (and base yarn ratio), bamboo knot length and pitch of the bamboo yarn, using a single warp or single weft and warp and weft two-way are equipped with bamboo knot yarn, with the same number or different number of regular thread for appropriate ratio and arrangement, can produce a variety of bamboo denim, by garment washing process can form a variety of different hazy or clearer lattice style denim, by the consumer Personalised demand groups welcome

The use of spandex stretch silk, so that the denim varieties developed to a new field, can make the denim both fit and comfortable, and then with bamboo or different colors, so that denim product more adaptable to fashion, personalized consumer demand, and therefore has great potential for development. At present, most of the stretch denim is weft stretch, elastic elongation is generally in 20%-40%, the size of the flexible extension depends on the tissue design of the fabric, in the cloth machine, the warp and weft tissue tightness are smaller, the greater the elasticity, conversely, in the warp yarn tissue tightness fixed conditions, the greater the tightness of the weft stretch yarn, the smaller the elasticity, the weft tightness to a certain extent, and even the loss of elasticity.

The development of the washing process

The world's first jeans were made from canvas in 1853 and later from raw denim, but they were not washed in any way, and the manufacturers of raw denim had no concept of washing. It was later discovered that buyers often soaked their newly purchased jeans in water for some time so that the skinny trousers would fit better.

In 1977, Stone Wash technology was developed in the USA for the production of Apple (Texwood 'Stonewash Blue' jeans, which made the original rough and stiff trousers soft and comfortable, while also showing spots of white on the trousers, creating a natural antique effect that was very popular with consumers. The original stonewash can be divided into two main categories, namely the stonewashed method with a good wash effect and the stonewashed method with a rougher wash effect, with wash marks and patterns. Later the two were fused to produce a coarse impact with a pleasing, fine effect.

In 1987, the Apple jeans manufacturer developed the AcidWash technique, which uses a dry or wet wash of stones and liquids to produce a unique blue and white effect.

The initial wash was very uneven, with solid blue-white contrast and a tendency for the fabric of the trousers to break down. This wash was later banned in the 1990s, mainly because the colorants used in the wash could damage human skin.

In 1990, Levis adopted a popular European wash to dispose of its stock of second-hand products, giving the jeans a worn-in look as if they had been worn for a long time. The product was introduced to the market and became very popular with young people. The old wash/Znd-handwash technique was initially developed in Hong Kong but has spread to Europe, the US, and Japan, where it has become a mainstream wash. The effect of a nostalgic wash is that the jeans are washed old and damaged, making them evenly white throughout and loosening the yarn.

The MonkeyWash, invented in Japan in the same year, is also derived from the nostalgia wash. Whitening specific parts of the jeans characterize this wash, for example, the most typical hip, which resembles a monkey (Cantonese: monkey), hence the name Monkey Wash.

In 1992, the ScratchWash wash was created based on the "sanding" technique. The "whisker" pattern is a whitewash that imitates the crease effect of wearing a pair of jeans, using a finishing method such as sanding or brushing to create creases.

It is often found on the left and right sides of the front crotch and at the back of the leg of the jeans. 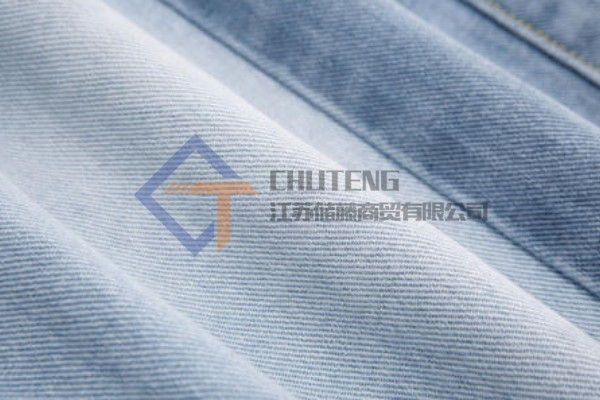 How to wash denim fabric?

Using a high-pressure gun, sand is sprayed onto the surface of the jeans to create a partially worn white effect on the trousers. In the early days of sanding, the operator held a sandblasting gun and sprayed sand onto the area of the trousers to be sanded. Due to the high level of sand pollution, sandblasting operators were required to wear hoods and protective clothing to enhance product safety. Where possible, sealed sandblasting booths were set up to prevent sand and dust from flying everywhere.

The brushing and rubbing method uses brushes to rub over the entire trouser face over a wide area, suitable for larger areas such as the front leg area, the knee, and the rear hip area of the horse bay wash. This finishing method will generally start with trouser blowing equipment that blows the trousers up and fixes them, then brush and other grinding wheels directly on the surface of the fabric so that the finished surface achieves a localized grinding white effect, and then manually trim the trouser seam edges, pocket edges, the folds of the trouser legs and other tiny areas to achieve a particular product. The range of trouser grinding machines currently available on the market is complete, with electric motors and fixed automatic brushes, significantly improving the

This has dramatically improved the effectiveness and efficiency of the brushing of large areas of trousers.

The most common methods are hand brushing, sandpaper rubbing, and knife scraping. Some manufacturers use a sweeping powder method to spot the white marks before scraping with a knife to create the cat whisker effect. This pre-designed pattern method of rubbing produces a rather dull effect, lacking variation, and is suitable for inexperienced technicians. It is now more popular to wrinkle the jeans before hand-rubbing them, for example, if the sizing is not wholly receded, to wrinkle the jeans or to wrinkle the trousers with resin pulp, then to rub the surface with sandpaper to create a raised wrinkle, or to scrape the folded edges with a razor blade before proceeding to the next step of the washing process. Hand-rubbed patterns are more natural and creative and more popular with the fashion crowd.

The famous "hand-rubbing" method of washing is a combination of resin and hand-rubbing. Generally, a part of the jeans will be wrinkled first after adding resin slurry to make it stiff, then use sandpaper or razor blades to grind the folded edges of the wrinkles, and then decontaminate the wash; the effect is natural and rich in casual feeling. Of course, some manufacturers put the trousers on a model board with a concave and convex "cat's whiskers" pattern and use a grinding wheel to polish the protruding parts directly to form the whiskers pattern.

Spraying is both a coloring process. It is divided into complete dyeing by dipping and partial dyeing by spraying. Comprehensive dyeing is also known as garment dyeing. The denim garments washed with fading stones are dyed with other colors to pursue a bright and fashionable color trend. Spray partial color dyeing is currently one of the more popular post-treatment methods. Firstly, the trousers are blown up and hung in place, and then the liquid is sprayed onto the surface of a part of the trousers to give them the desired effect, such as pouring a horse.

There is also a method of coloring the jeans after they have been fat-filled and lightly colored, i.e., the trousers are flattened or bulged and then sprayed with a nostalgic coloring solution in the designated area so that the new trousers not only have a localized effect of wearing old and white but also have the effect of being stained. For example, they are coloring the back of the hips, etc., to imitate the effect of yellowing and greying from too much wear. It is also possible to cover the trousers with a wooden board with a cat's whisker-shaped perforations and spray the color solution to obtain a cat's whisker-washed micro chestnut.

The original method of creating a logo or design on jeans was to seal the cut-out design to the body of the jeans and then remove the design after washing, leaving a natural, unwashed outline on the jeans. Some designers engrave various designs directly onto the jeans. Nowadays, it is possible to easily remove the blue color from the surface of the yarn and engrave particular patterns on the fabric with a laser machine or to cut various ways with a wispy effect on the surface of the material, making the finished product even more sophisticated and creative.

To find out more, please view our products and contact us!